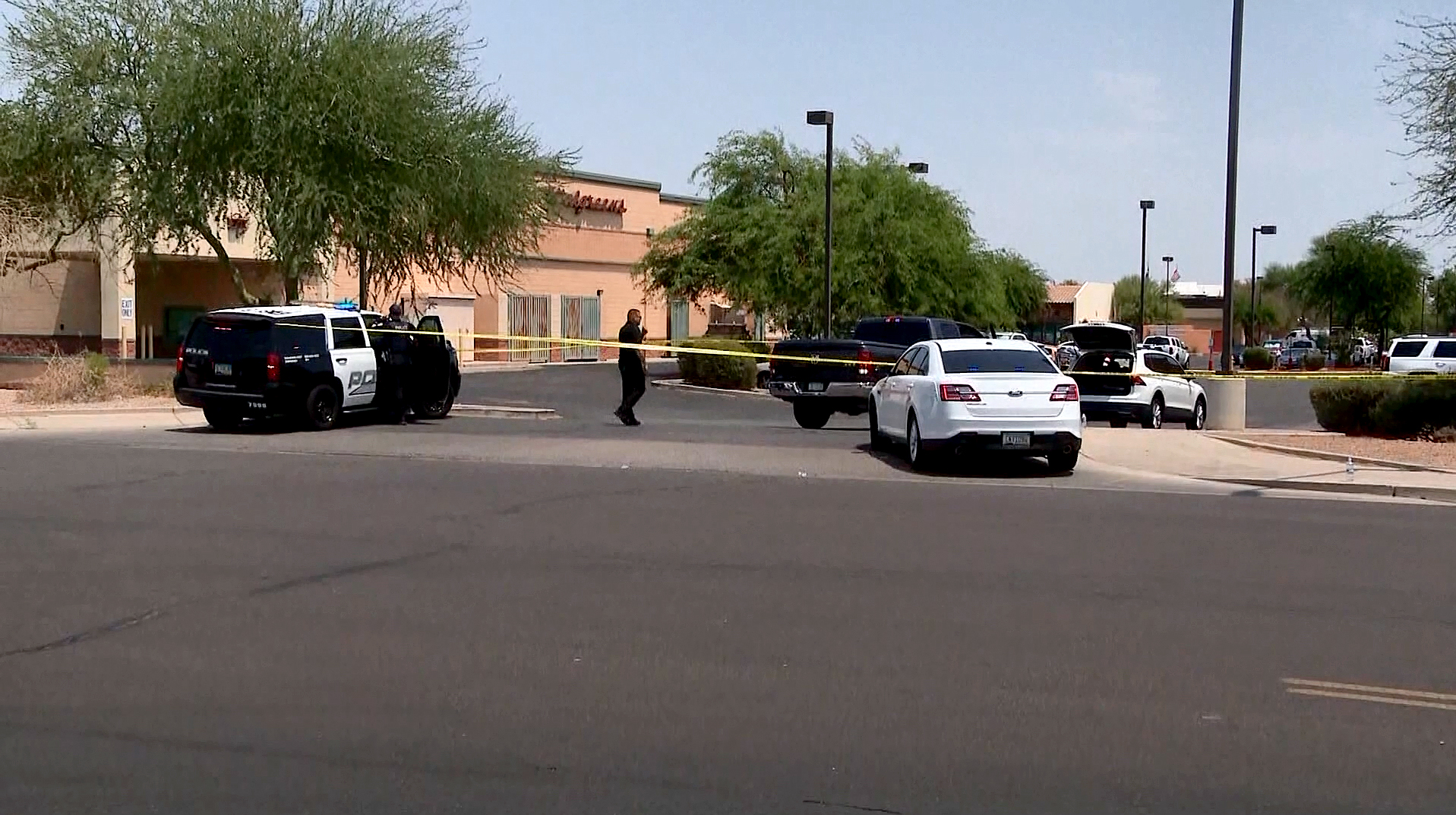 Arizona police have a suspect in custody after one person was killed and 13 people were injured in a series of what appeared to be drive-by shootings Thursday.

Authorities responded to reports of an active shooter in the West Valley, about 20 miles northwest of downtown Phoenix, at about 12:30 p.m local time, the Surprise Police Department tweeted initially. The shooter was possibly in a white Volkswagen Tiguan, it said.

A suspect was detained a short time after, Surprise and Peoria police said.

At least four of the victims were shot and others were injured either in resulting car accidents or shrapnel, according to Peoria Sgt. Brandon Sheffert.

SHOOTING UPDATE – Officers have made a traffic stop on the alleged vehicle involved and have detained 1 suspect.

It’s unclear how many people were shot and whether anybody was killed. The hospital operator Banner Health said in a statement that it received nine patients at its various West Valley medical centers.

The conditions of the patients are unknown.

This is a breaking news story. Please check back for updates.

CDC recommends masks for all K-12 students, even those who have been vaccinated

Euro 2020: Protester nearly crashes into fans in scary near miss...

The Cosy Cinema: a private cinema sleepover just for you |...

Miami building collapse: At least one dead and 99 missing as...

July 28, 2021
We use cookies to ensure that we give you the best experience on our website. If you continue to use this site we will assume that you are happy with it.OkNoPrivacy policy
You can revoke your consent any time using the Revoke consent button.Revoke consent